TomKin Consulting is looking for writers for our blog!
WRITE FOR US 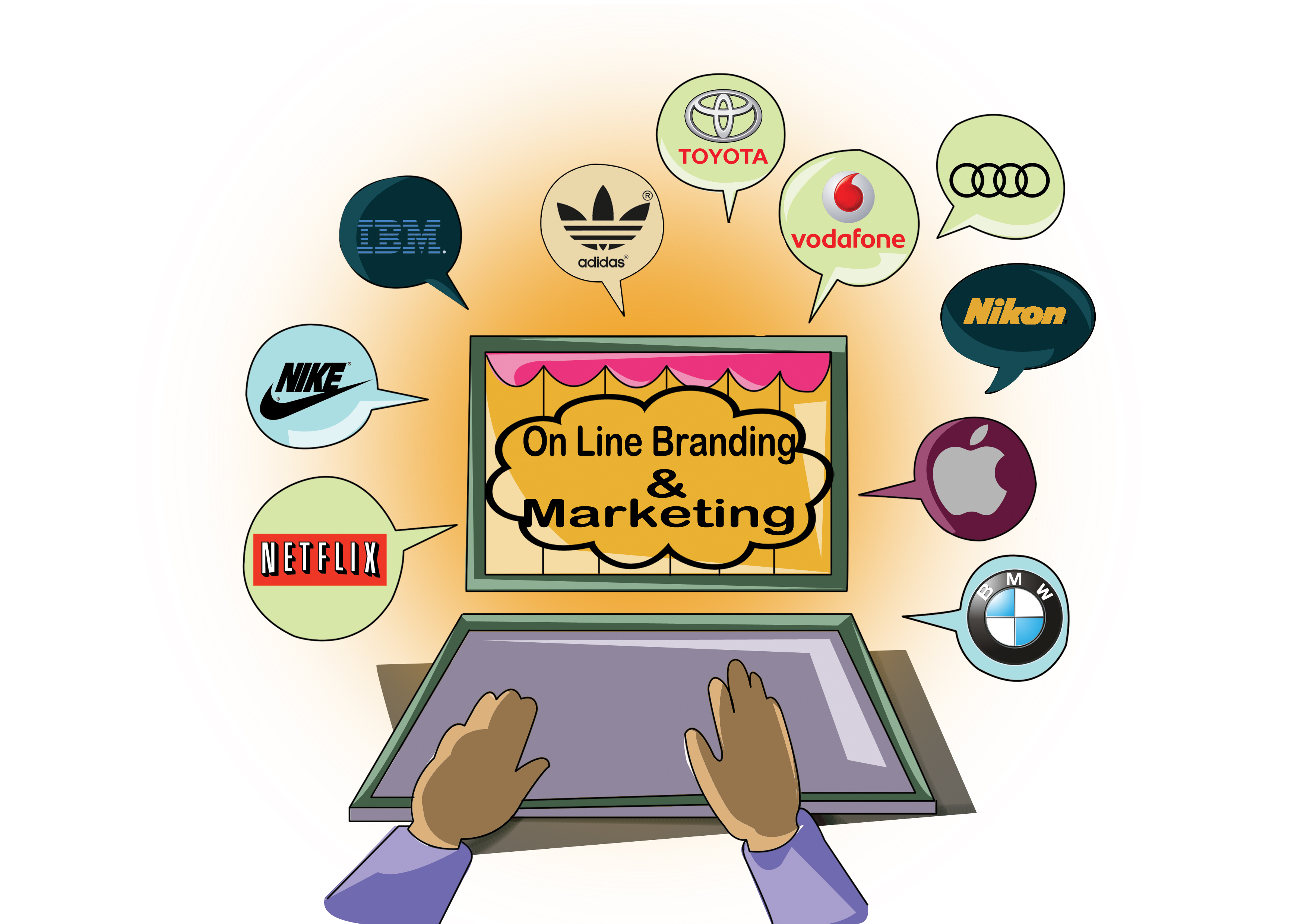 In order for YOU as an entrepreneur to attract YOUR target customer on the World Wide Web YOU must develop, nurture and present YOUR unique personality on the internet.

Marketing agencies, advertising companies, and businesses all over the world use online branding to showcase their unique personalities through the creative products and services they offer US on the World Wide Web.

What is online branding? Online branding is the act of making a mark through a name, a design, a Logo, or any other exclusive symbol that differentiates an organization’s products or services from its competitor’s products and services on the World Wide Web

That mark defines what your brand stands for, and your online brand OFTEN comes with a promise. That promise is a declaration to your target customer that they will experience something GREAT if they BUY your products and services.

That promise is also an assurance that customers will experience something powerful when they use your brand.

Logos, copywriting, email campaigns, and YouTube video after YouTube video is plastered everywhere online, branding and burning vivid images of these promises from Nike and Google in our minds. If you see either of these two logos or symbols then you know THE promise.

That mark defines what your brand stands for, and your online brand OFTEN comes with a promise. That promise is a declaration to your target customer that they will experience something GREAT if they BUY your products and services.

That promise is also an assurance that customers will experience something powerful when they use your brand.

Logos, copywriting, email campaigns, and YouTube video after YouTube video is plastered everywhere online, branding and burning vivid images of these marks or promises from Nike and Google in our minds. If you see either of these two logos or symbols then you know THE promise.

TomKin Consulting’s promise is to “Teach you so much about Online Branding and Digital Marketing, that you won’t have any problems articulating what your business represents.” As an immediate result of our training, you will market to your target audience and filter out those who have no need for your product offerings. At TomKin Consulting we have already invested the money and the resources into figuring it all out for YOU! “Therefore, you don’t have to waste your own time or money figuring it out.”

Years ago, before the internet ever existed, online branding didn’t exist, but the practice of livestock branding did exist. By revisiting the ART of traditional livestock branding, YOU can gain a greater appreciation for Online Branding and Digital Marketing as practiced in this Digital Age of the 21st Century. 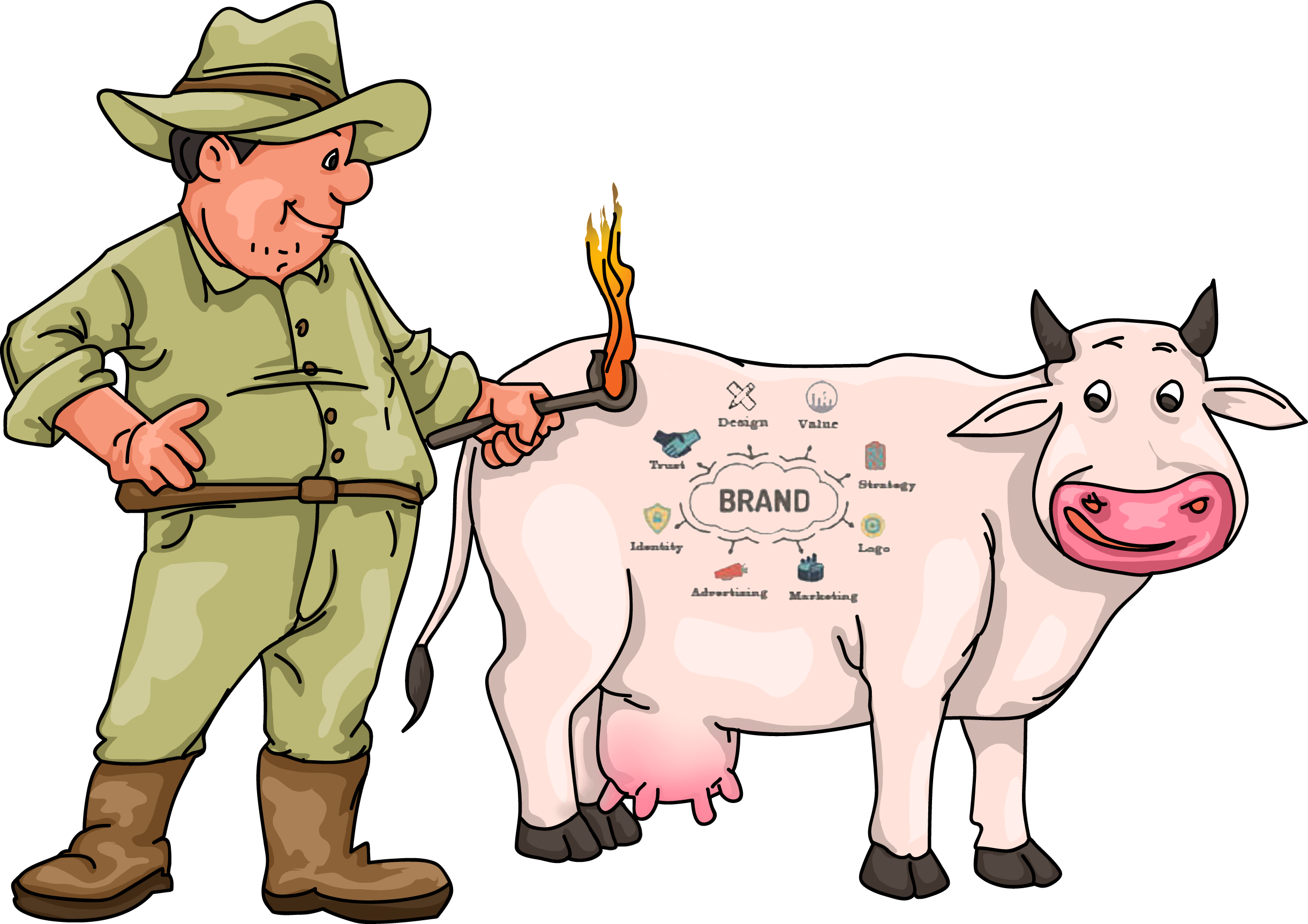 Traditionally, livestock branding was used on cattle as a stamp of ownership.

Branding cattle was the practical and cost-effective way to identify cattle.

In fact, branding cattle dates back to as early as 2,700 BCE, to the ancient Egyptians who used livestock branding to identify livestock.

Now, to the ancient Roman empire, however, cattle were branded for a slightly different reason. Some of the Romans believed certain branding symbols represented magical spells meant to protect the herd.

In either case, whether to the Egyptians or to the ancient Romans. Livestock branding represented a much-valued idea through a symbol. The practice of branding cattle came to the United states from European travelers, and it was fine tuned by the Vaquero, cattleman from Spanish Mexico.

Branding livestock served many useful purposes for these ranchers. The main reason was to signify the rancher’s ownership of their animal. This allowed livestock to graze together on open ranges. When it came time to round up all the cattle, the brand helped cowboys determine who owned what.

Unique brands also came in handy to keep track of lost animals, and it also prevented cattle from being stolen by cattle rustlers or livestock thieves.

To avoid the possibility of duplicating brands, ranch owners came up with variations of characters to make sure their names stood out. Brand symbols or characters could represent actions such as, “walking,” “running,” “double,” “tumbling,” “lazy,” “crazy.”

When you think of a brand, chances are your favorite clothing, beverage, or technology comes to mind. But to a cowboy, he thought of a branding iron. Thanks to the branding iron there’s no better way for a rancher to leave his mark.

Branding irons came in every shape, size, and configuration, and each branding iron was as unique as its owner. Let’s reflect for a moment on traditional cattle branding through the eyes of ‘Duke’ the Rancher.

“In order to preserve traditions, you have to live them. You can only tell the story of how you used to do things for so long.” Duke, the rancher always saw himself as part of the land. Inseparable from the animals and the landscape. That’s how Duke the rancher was brought up branding cattle. “This is the only way I want to live my life.”

Why online branding and teamwork will change your life

For Duke the rancher, branding time was probably the most social time of the year for their ranches. This is a time when neighbors got together, and worked together as a team to help each other. But most importantly everyone had fun during cattle branding week.

During cattle branding week, cowboys would brand as many as 500 or more calves. They first start by camping out deep into the ranchland for 5 or 6 days. Cattle branding week was the most exciting time of the year for cowboys because that’s when everyone came together.

Cattle branding gave the ranch a whole new sense of teamwork. Cowboys would line up one behind another with each person covering the other cowboy’s back as they gathered the cattle.

It’s a pretty cool atmosphere. You wouldn’t find that in most occupations. People were excited to get up and work. People actually enjoyed and were excited to work together. The day started out as early as 3AM. Now that’s that cowboy culture that’s so very important. “That’s something special.”

To the cowboy, they were very happy that they were in a position to be doing things the traditional way. Branding represents traditions that were passed down from their fathers.

So, when the rancher goes out and makes a camp, this means they can accomplish a lot more together over a span of 5 days. This also puts the rancher close in touch with what’s going on out there on the ranch.

Typically, on branding day, the cowboys will ride out early in the morning to gather up the cattle and get them mothered up with their calves. The objective is to get all the cattle gathered into a central meeting place.

The mission is to get all the cattle branded as soon as possible so they can get back to where they lived. The ranchers begin by starting a wood fire, and heating up the iron brands.  In the meantime, the calves would start to settle down.

Next, the more experienced ropers pulled all the calves from the outside without stirring the environment up further than it already was. “On the ground, you need people who are physically tough who can take a wild animal and lay it on the ground without hurting it or themselves and then holding it there until it’s processed, branded, castrated, dehorned, whatever they have to do.”

So, when that first calve is brought in, each cowboy needs to understand what their job is and how to do it in a quick and efficient way.

Cattle branding began because of cattle rustling. Branding is mainly a mark of ownership. Once you put that brand on that animal, that animal is yours until you sell it.

The rancher believes and practice low stress livestock handling. So, it’s the Rancher’s responsibility to make it as easy as they can for the cattle and the cowboys.

Duke feels that humility makes him unique, as he didn’t inherit a bunch of money. He has to make a living at ranching. Duke has to get the job done. But at the same time, Duke also invests time for certain things other people wouldn’t take the time to invest in.

Duke has a passion for people wanting to learn and for teaching. Cattle branding will teach you a lot of things. Duke has completely mentored all of his children on the range. One child stated, “Duke made us love ranching by not forcing us to do it, but by showing us, his kids how much he loves it.”

“Then I see my daughter grab that calf and put him on the ground. When I see my kids doing things that was taught by my father, There’s no feeling like it.”

Duke looks back and reflects on one particular branding camp outing. He states, “We had a good branding camp this year. We were pretty focused on what we had to get done.”

“You see a lot of people giving it everything they had and appreciating what everybody else is giving and having each other’s backs. That’s pretty huge and that’s pretty special.”

“I’m going to take what I know, and what my dad and his dad taught him, and I’m going to make sure that I’m still doing it right for the land I work on, for the people that work with me, and the community I’m a part of.”

“The traditions that have been handed down from our ancestors are very important to us.”

Duke has a unique way of looking at ranching in a very modern way? But he has this ability to constantly look at am I doing it right. “It’s just a bigger mission preserving our past. That’s what we know and who we are.”

If you are willing learn to learn the right steps, online branding will feed YOU and your families for several generations. There are plenty of fish on the World Wide Web!

Think about it, this translates to over 40,000 search queries that Google processes every second on average, that’s over 3.5 billion searches per day, and 1.2 trillion searches per year worldwide as listed by Internet Live Stats as of January 2019. Just think, how often do you Google or YouTube for information and videos on the internet.

“You give a poor man a fish and you feed him for a day. But if you teach him to fish, then you just gave him an occupation that will feed him and his family for a lifetime.” (Chinese proverb) 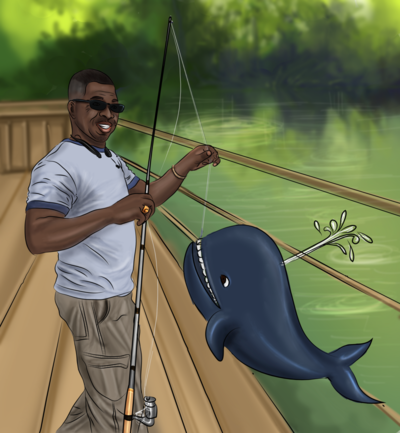 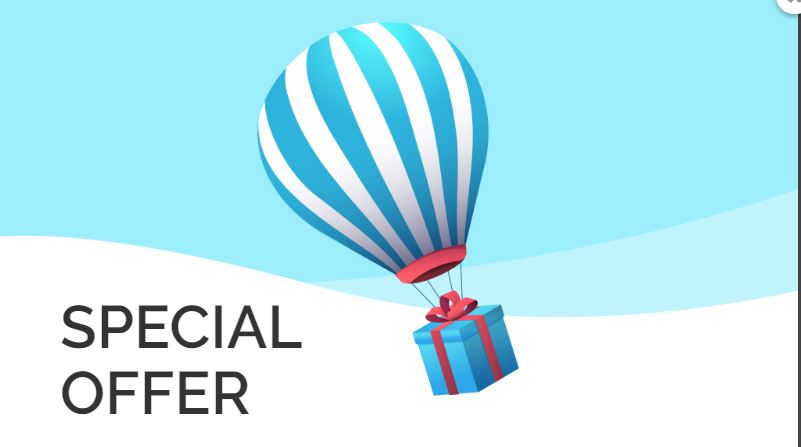 You have Successfully Subscribed!

This post will teach you, step by step, how to create an animated popup with bloom plugin on your website. This is an example popup that you can download for free.